skip to main | skip to sidebar

I shall be at this event, hopefully with some new things..... 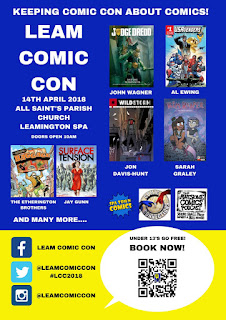 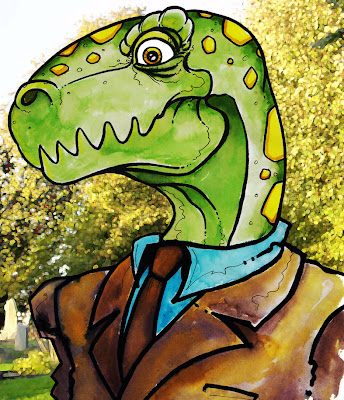 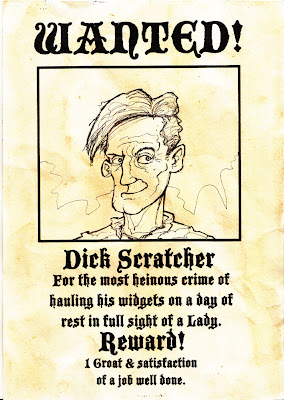 Had to help #1 son with homework. Needed to do a test print, so decided to have a little fun with it! Obviously his was a bit different & appropriate! Was just testing the formatting! ;o)
Posted by PeeT at 4.11.11 No comments: 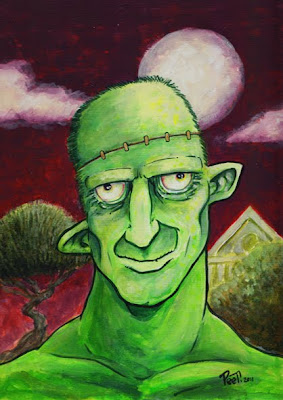 Fortean Tim has been on a sabbatical of sorts..

..but is now back, if not exactly with a vengeance, then possibly a mild rebuke. 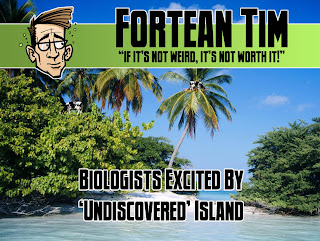 Mildly over-excitable biologists were jumping up and down like toddlers on tartrazine yesterday, as they held an international press-conference to announce that they have discovered a previously undiscovered island not previously known about by humans previously.
A panel of evident scientists from different places on the planet fielded questions from journalists, after a slightly over-long presentation fronted by Manny Spleenfeldt, the barely quiet host of  TV's sometimes watched when there is nothing else on after the pubs have shut programme, 'Hey, Nature Guy!'
It was claimed that as many as up to, over and possibly including a million 'not known about by us before we found them' species of flora and/or fauna (plants and animals to the hard of knowing.) may have to be catalogued, and possibly killed and pinned grotesquely in a cabinet, so that some slack-jawed half-wits can gather in a dusty building to gawp and point at their wizened, lifeless remains on a rainy Sunday afternoon when they've nothing better to do.
First on the panel to share their brains with us was Prof. Carrie Ouwte, of The Stu Francis Faculty of Science & Stuff, at The University of Somewhere.  She virtually had a toilet-based accident at the discovery of a new species of Lemon-flavoured Bandicoot that was thought to have been non-existent until last Thursday.
Unfortunately, we are unable to find the space to quote from our somewhat rambling interview with Ms. Ouwte, due to her use of the adjective 'amazing' a little over 300 times in the space of 4minutes.  However, we can reveal that her final gushing assessment of the situation was,
"It's amazing!"
Martin Fahrtin was almost much more similarly coherent in his response to the discovery of a rare species of ruminant.
The animule in question appears to resemble a Fresian cow, in all but stature and habit.  The badly named 'Leaping Tree Cow' stands 'apparently' less than 8 'inches' high.
Despite this apparent handicap, it is purported to be extremely agile, springing from branch to branch in the forest canopy that seems to be it's 'alleged' home.
"It's funding on a plate!",
relished the young 'Finding out about cool stuff we didn't really know about yet.' post-graduate.
What further astounding secrets will this island paradise give up?
I don't know.
The exact location of the island in the Pacific Ocean, about 40 miles South East of the Cook Islands is being kept highly secret for now, in order to protect it's delicate ecosystem from the ravages of television documentary makers.
But rest assured, any photo or telegenic discoveries are sure to be exploited in any way possible. 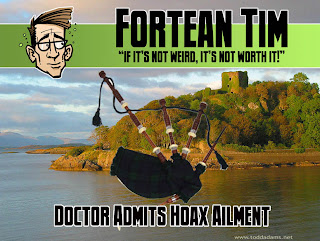 An eminent Doctor has finally come clean about a 34 year old hoax perpetrated by herself and her so-called 'husband', back in the alleged '1970's'.
Sally Aldberger, now Baroness Aldberger came up with what seemed at the time to be an almost hilarious fictional ailment after getting 'a bit squiffy' at a cocktail party in Islington.
"My husband, Dennis, had recently read an article in a respected medical journal about a complaint called ' Ukulele Armpit'.  We both thought that it sounded like a wind-up, and decided to try and go one better, as we were young, drunk and had way too much time on our hands!"
The 'spoof' story that the really quite annoying young newlyweds hatched was a supposedly serious research project into the deleterious effects of bagpipe playing.
"It was v. v. funny!", snorted Aldberger with the pointless horsey snigger of the type only the most self-righteous and arrogantly wide-headed know-it-all can muster.
"We wrote a paper,", she brayed,
"..that claimed that the continued suctional (sic) airflow of the bagpipes could actually force the player's testicles to be actually drawn up into the actual body. Actually.  In the long term, we said, this could cause not only discomfort, but actually actual infertility."
Hmmm.
"The amazing thing is..", she unfortunately continued,
"..everyone believed us!"
So, why did they decide to own up to the frankly puerile deceit that was 'Bagpipe Testicles', a made-up falsehood of nearly amusing proportions after all these many years?
"Well, it was only after the story resurfaced at Christmas, prompting a Radio 4 charity appeal to help sufferers of 'Bagpipe Testicles', that we realised our almost funny prank may have gone a bit too far!"
We were informed that the mischievous couple recently wrote to the editors of The British Medical Journal with a formal retraction and apology for their spuriously wrong-headed false claim.
We approached the BMJ for a quotable response,
"Twats.", they said.
Posted by PeeT at 29.1.09 No comments:

I suppose that all the pictures and stuff that I post here are covered by the copyright laws, so if you want to use it, you really ought to ask me or I might get a bit cross. I may occasionally use doctored images from other sources. If asked to remove these for copyright reasons, I will be happy to comply.  No infringement of rights is intended, as I certainly don't make any profit from it! Or indeed anything at all! Except a warm fuzzy glow inside.  Phew, this is boring! If you must poke or prod me, you could do worse than to contact:reetpeet@btinternet.com

PeeT
Artist, Writer, and general 'Creative' type, PeeT! spends his days slaving over a hot pencil or keyboard as random ideas spew forth from his fevered imagination. Having no truck with rhyme nor reason, he revels in the absurd and pointless.